Kiev subway passengers will find out the Price of the Truth

Eight unusual posters will appear  inside the cars of one of the subway trains of the Obolonsko–Teremkivska (blue) line.  Over the next month, they will tell the stories of people participated in the tragic events of 1932-1933 in Ukraine: the Holodomor, brutal censorship, conspiracies and mass repression.

The information campaign was prepared with the support of the FILM.UA Group and the Kiev Metro team. The project is dedicated to release of Mr. Jones movie in the Ukrainian cinemas on November 28, as well as on the eve of the Holodomor Victims Memorial Day that falls on November 23 this year. 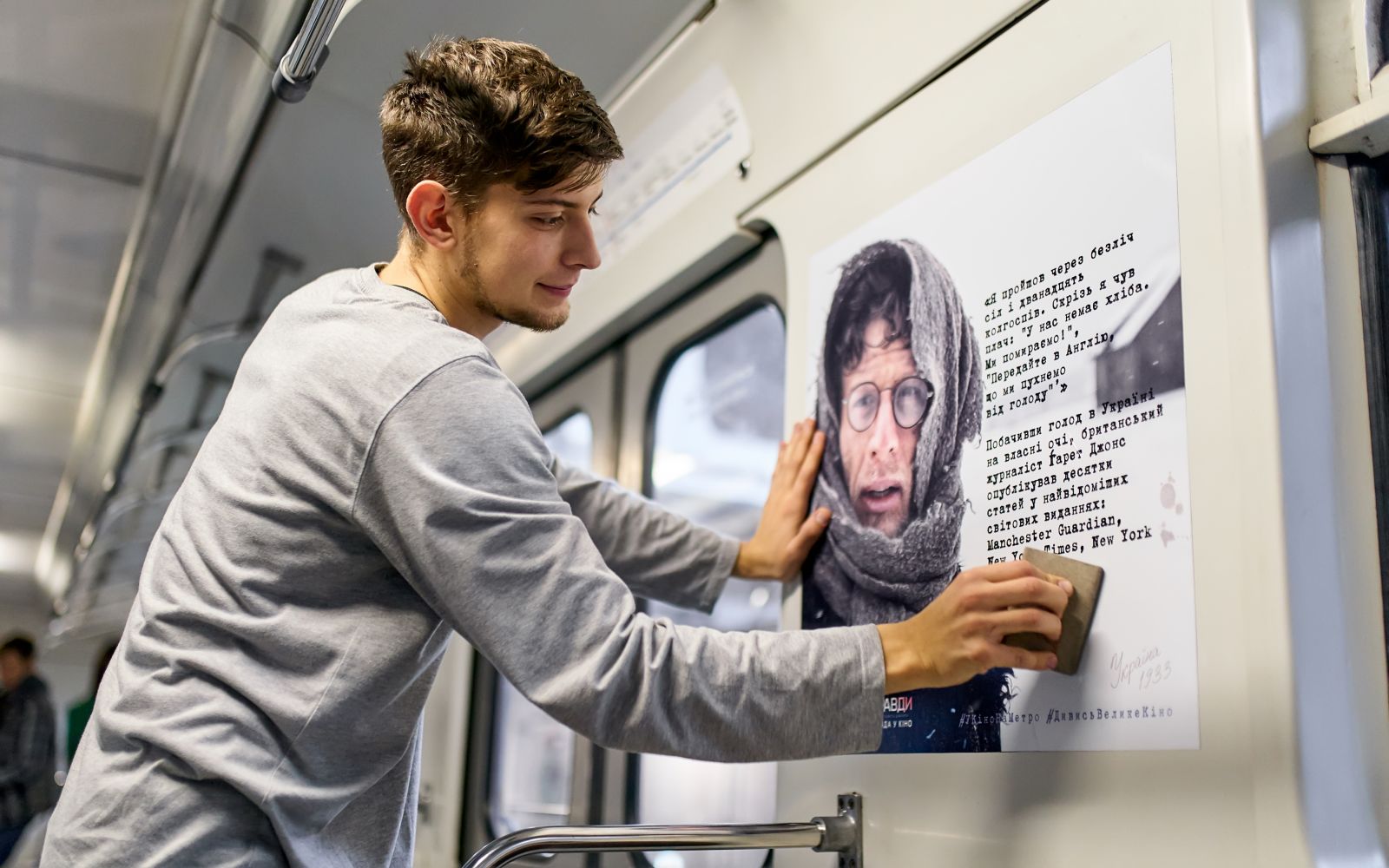 "Now, Kiev subway passengers will get an opportunity to learn more about the life of British journalist Gareth Jones. Trust us, it is worth attention.  He was an inspired, willed and very intelligent man who played a significant role in history. Unfortunately, most people know nothing about this. That is why, we are very grateful to the Kiev Metro for the possibility not only to promote Ukrainian cinema, but also to distribute important messages in society. The #вкінонаметро (#tocinemainmetro) promotion continues!" -said Chief Marketing Officer at FILM.UA Group Polina Tolmacheva. 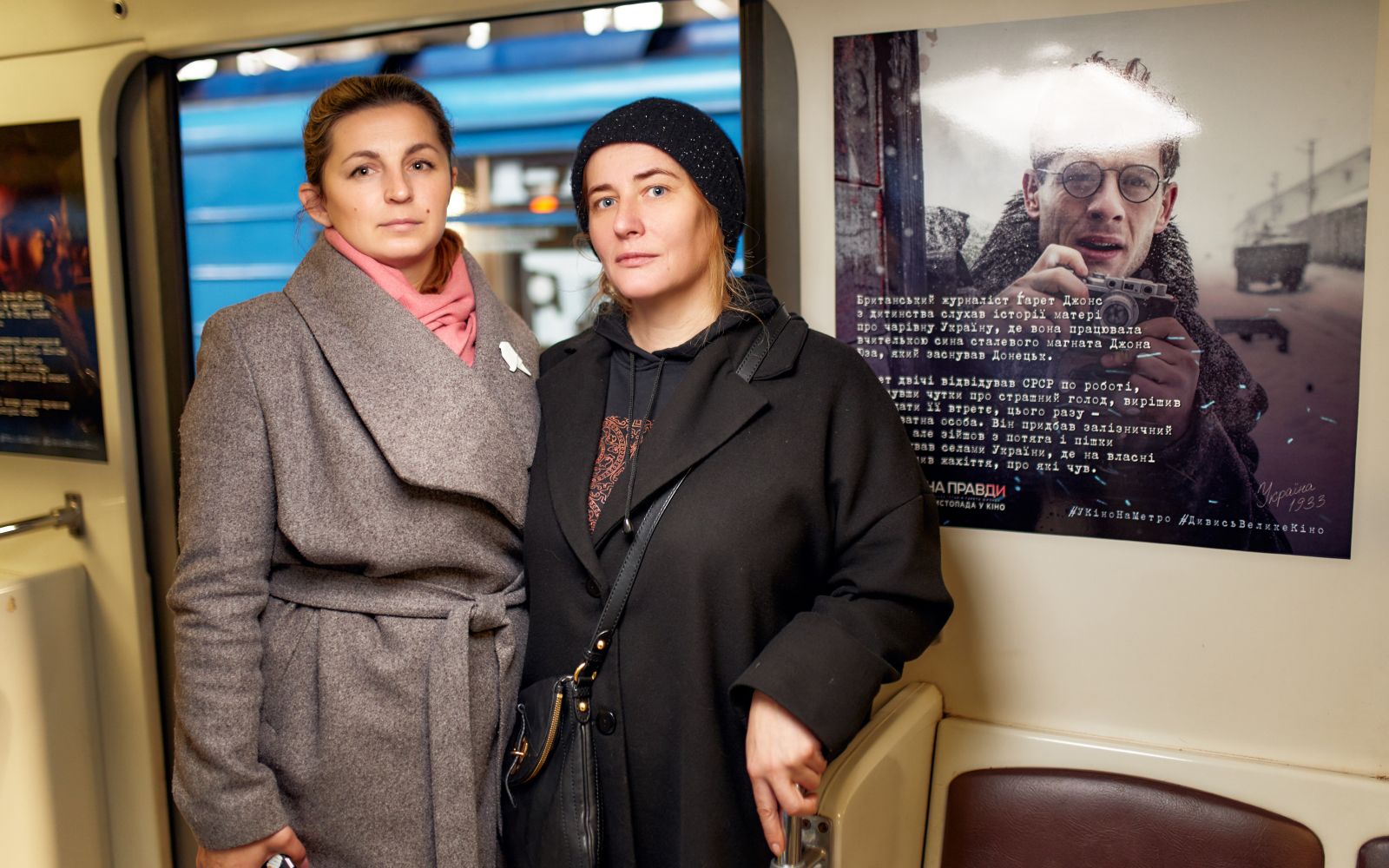 The project's mission is to attract attention of a wide audience to the problem of truth and post-truth in the modern meta-informative world, as well as to motivate Ukrainians to learn more about important and interesting facts from the history of our country. Therefore, it is very important to have support from city and state organisations, in this case - ME Kyiv Metro.

"It's hard to imagine how many other facts we don't know about our history, how many pages of our history were classified or destroyed forever. That is why, I am convinced that it's important to use every opportunity to learn and tell about. This project concerns difficult things: the Holodomor, censorship, concealment, destruction. And a Human being. Stories about success are now on trend, but you should remember that they are always connected with an everyday struggle and often, unfortunately, they don't have a happy end," remarked an adviser to the head of the subway Natalka Makogon. 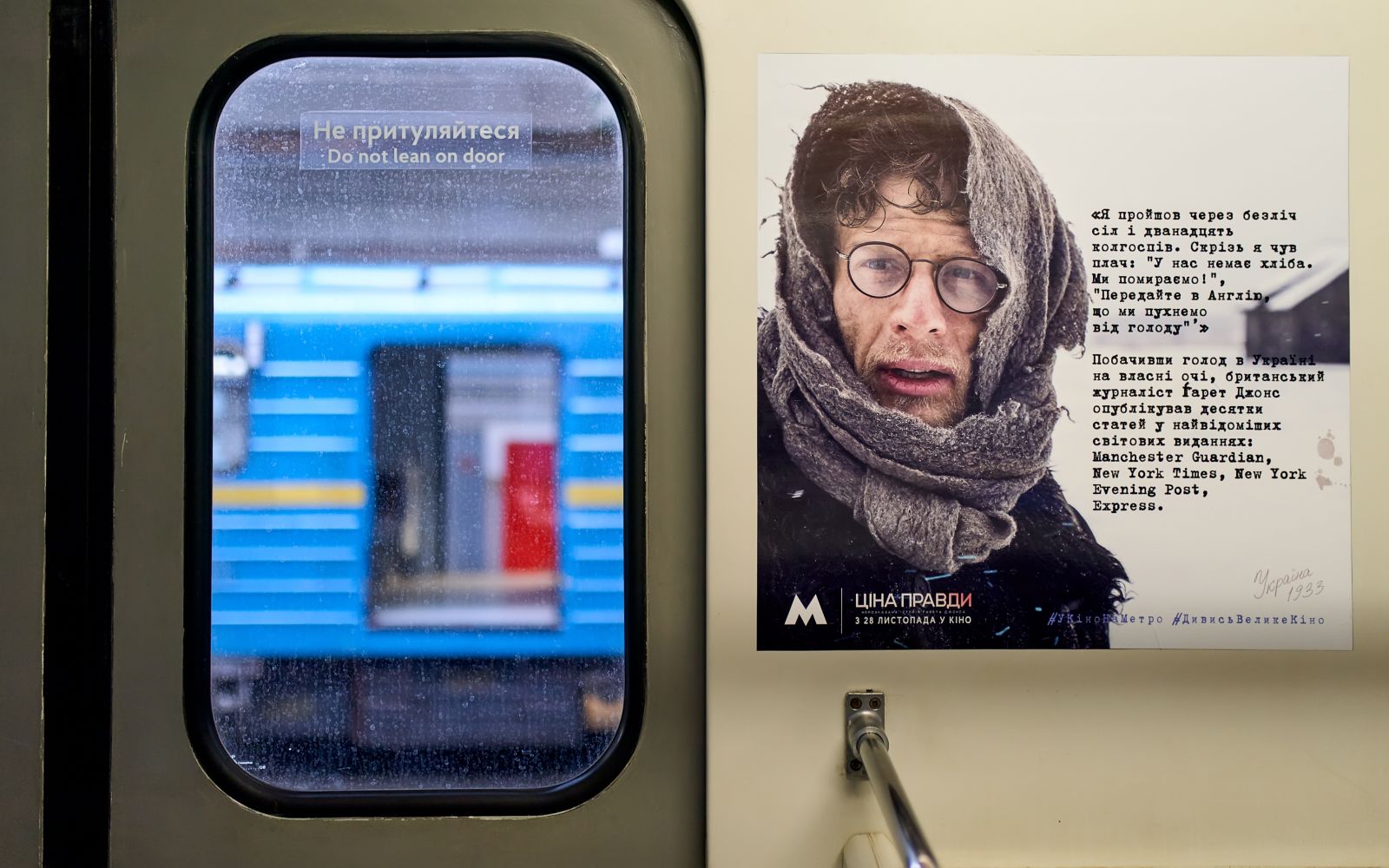 The next step of the campaign will be the Those Who Wander performance, which will take place on November 22, at 6:00 pm on the upper platform of the Dorogozhichi metro station. This art project was presented last year by the National Museum Memorial to Holodomor victims together with the Veritas theater-studio in the frame of the commemoration of the 85th anniversary of the Holodomor-genocide. The screenplay was based on the testimonies of the Holodomor witnesses from the archive of Memorial to Holodomor victims and testimonies published in The 33rd: Famine. People's Memorial Book. Free admission, a Facebook event via the link.

Accreditation via the link.