The all-Ukrainian premiere of Mr. Jones historical thriller. Lviv has become the first Ukrainian city to see this movie

The premiere took place on November 25 at Kinopalats Lviv cinema. This gala occasion brought together many representatives of the media, creative and scientific intellectuals, as well as establishment.

Mr. Jones historical thriller tells us the story of Gareth Jones, talented British journalist, who went to the Soviet Union in 1933 to reveal the truth about the crimes of the Stalinist regime and the Holodomor in Ukraine. The film was directed by Agnieszka Holland, the Golden Globe Awards winner and Oscar nominee.

A project team came from Kiev to Lviv for a movie presentation. 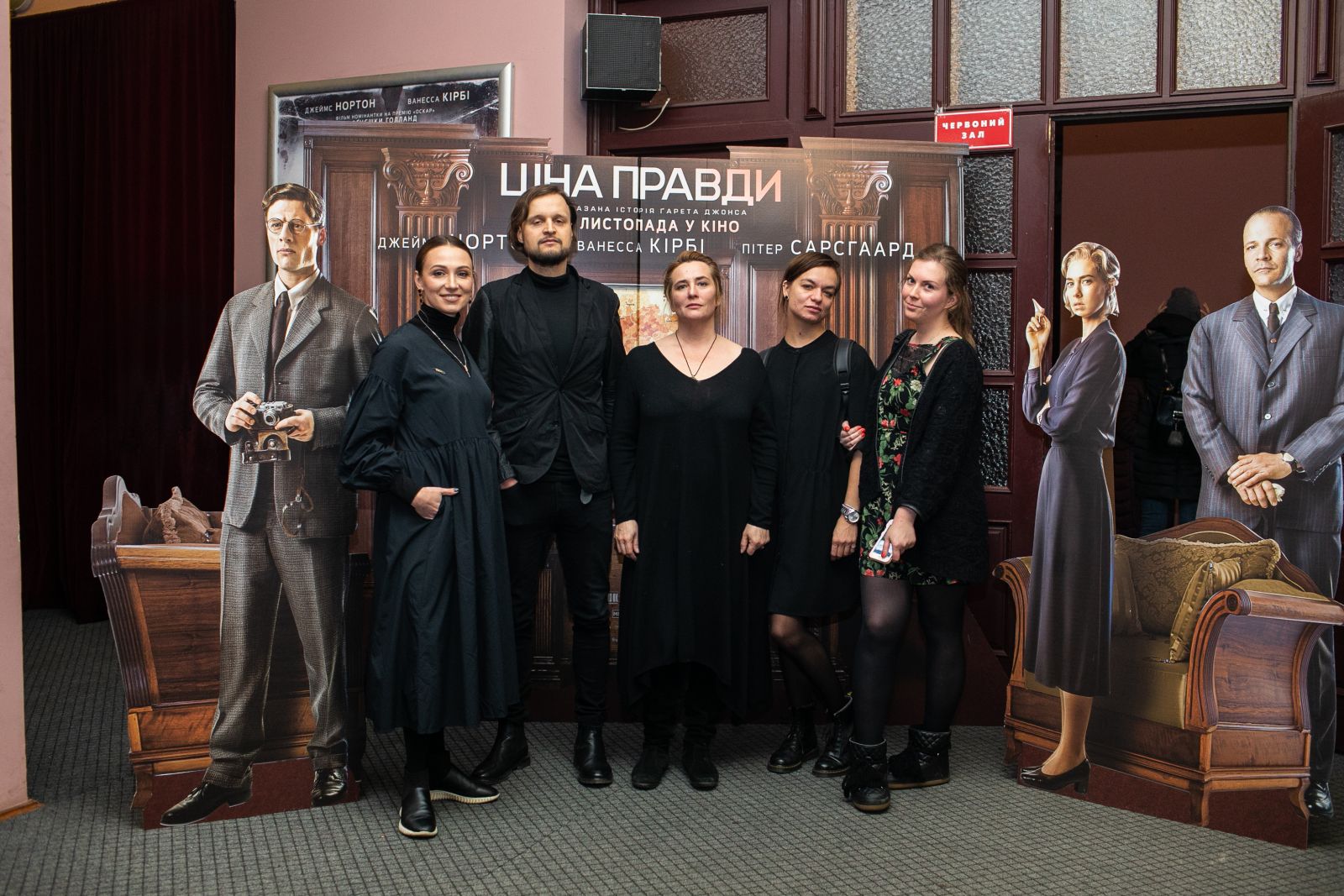 The first to speak to the audience was Polina Tolmacheva, Chief Marketing Officer at FILM.UA Group: "There are three reasons to watch this movie. The first one is the social context in which we exist today, when, unfortunately, the issues of truth and post-truth are extremely relevant. The second one is a topic. The painful topic of the most terrible genocide in the history of our nation: the Holodomor, artificially created by the Soviet government. The third one is the cast, the world stars – James Norton, Vanessa Kirby, Peter Sarsgaard starred in this movie, and it was created by an stunning director Agnieszka Holland, whose author's view and ability to convey problems in cinema language are really considerable." 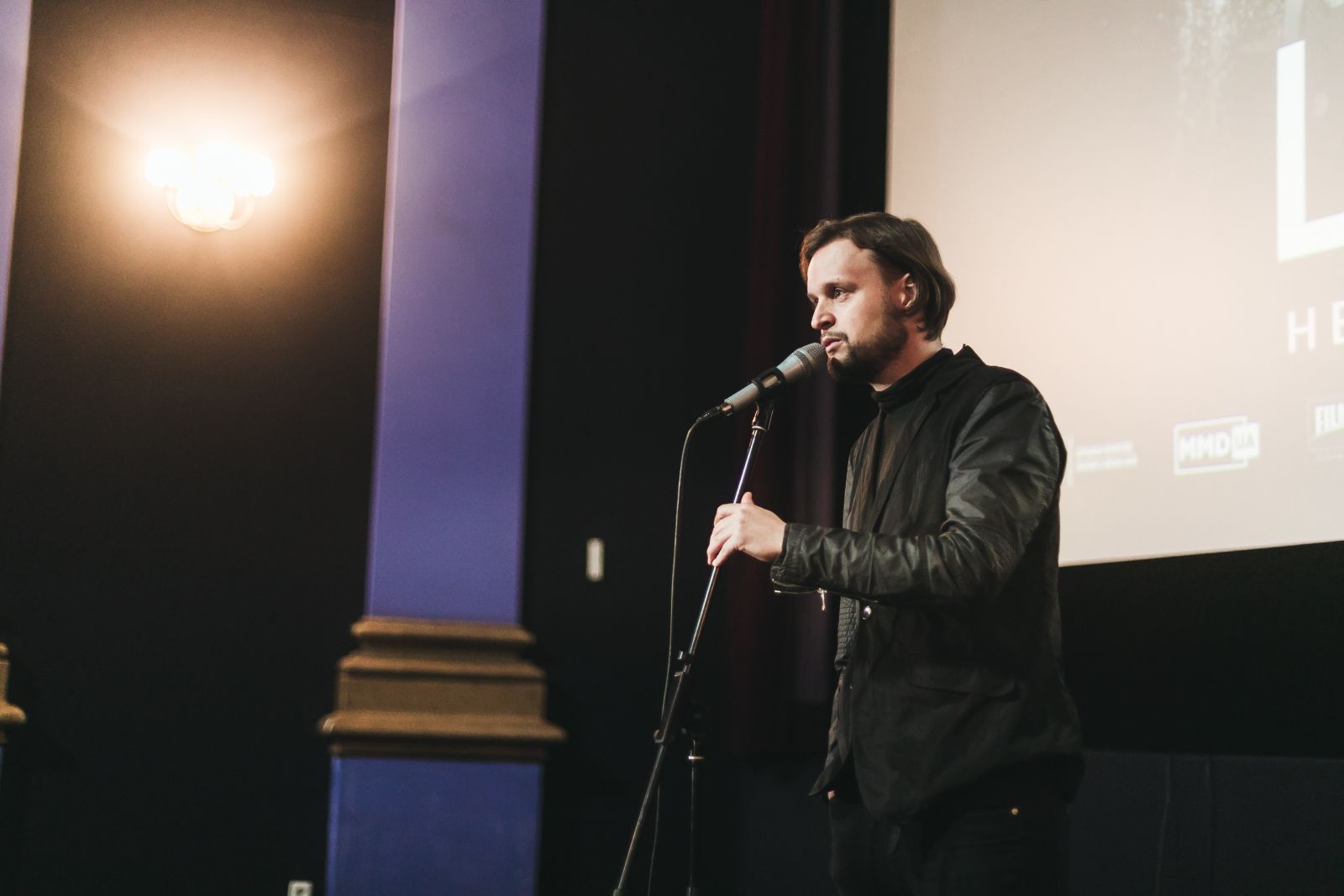 A greeting was said by the film producer Egor Olesov: "We had a particular reason to choose Lviv for the all-Ukrainian premiere of our film. We have noticed that the Ukrainian films always gather full cinemas in Lviv. Thank you for a great example, we hope that all cities will also show such a big interest in the Ukrainian movies!"

As a part of this event, a presentation of Gareth Jones. Price of the Truth took place, that consists of selected articles and a chronicle of the life and memory of Gareth Jones. The book was presented by one of its compilers -  Yaroslava Prykhoda, a professor of Publishing and Editing Department of Institute of Journalism, Taras Shevchenko National  University: "It is necessary to read the book just as to listen to music, that is why I don't want to say many things about. This book has many answers to our topical questions. I guess that all journalists, diplomats, politologists should keep this book on the table as a handbook. It is a key to understanding your specialty, yourself and your attitude as Ukrainians." 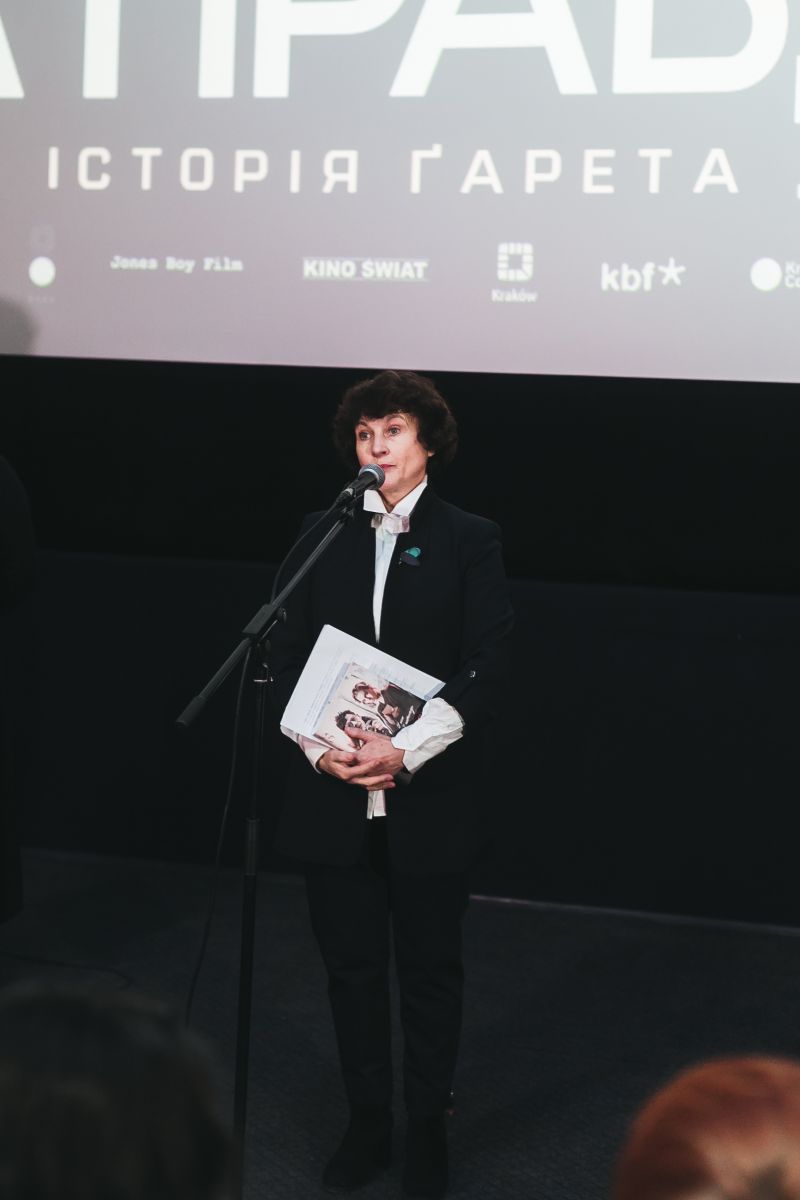 Director of the film Agnieszka Holland did not manage to visit the film's premiere in Lviv. But, she has recorded a touching video message to viewers: "Dear friends in Lviv! I'm very sorry that I can't be with you today for the premiere of Mr. Jones, a movie created by me. I would like to share this film with the Ukrainian audience. It was created principally for you. It is a story of the suffering of millions; millions of innocent and silent victims; about the courage of the single person and the cowardice of the authorities and politicians. As for me, this story is very relevant, and it must be absolutely shared. I hope it will be as important to you as it is to all of us, to all those who worked on this movie. Good evening to you."

The screening of the film ended with a storm of applause from the audience. The viewers shared with pleasure their impressions. 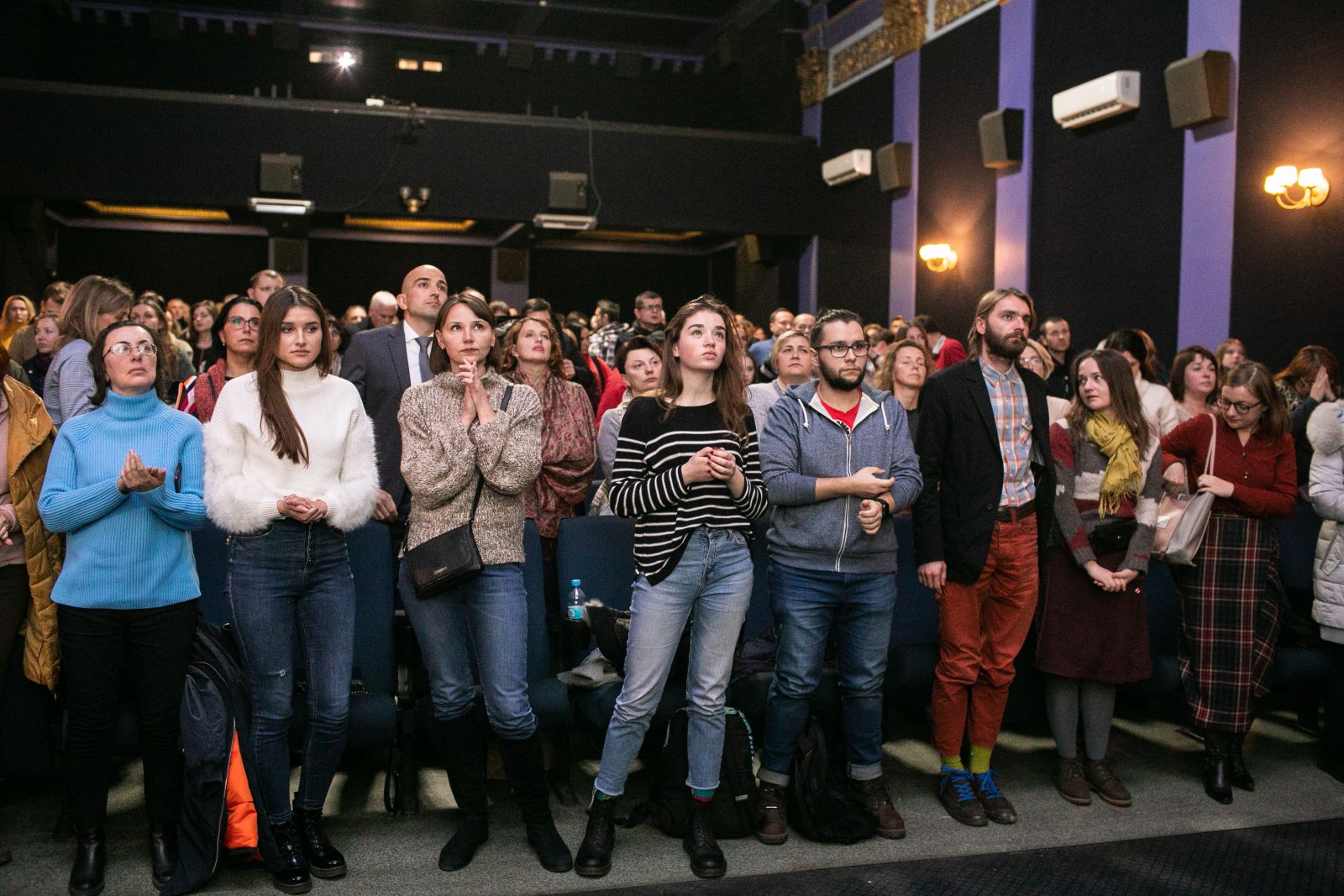 "It's impressive to realize how many people died at that time. How it was hidden and at what price;"

"The truth always comes out, no matter how good it is hidden. I think this movie is about it";

"To be honest, it is hard to speak after this film. But we have to do homage to those journalists who act like Gareth Jones. To those directors who promote such topics. To those actors who play in such films."

The movie will be released for a wide all-Ukrainian audience on November 28.