The first to see the film were journalists and media representatives. After the screening, a large press conference with the participation of the director of the historical thriller Agnieszka Holland, leading man for the Gareth Jones James Norton, producers Egor Olesov (Ukraine) and Stanislaw Dziedzic (Poland), as well as Ukrainian actor Oleg Drach was held. 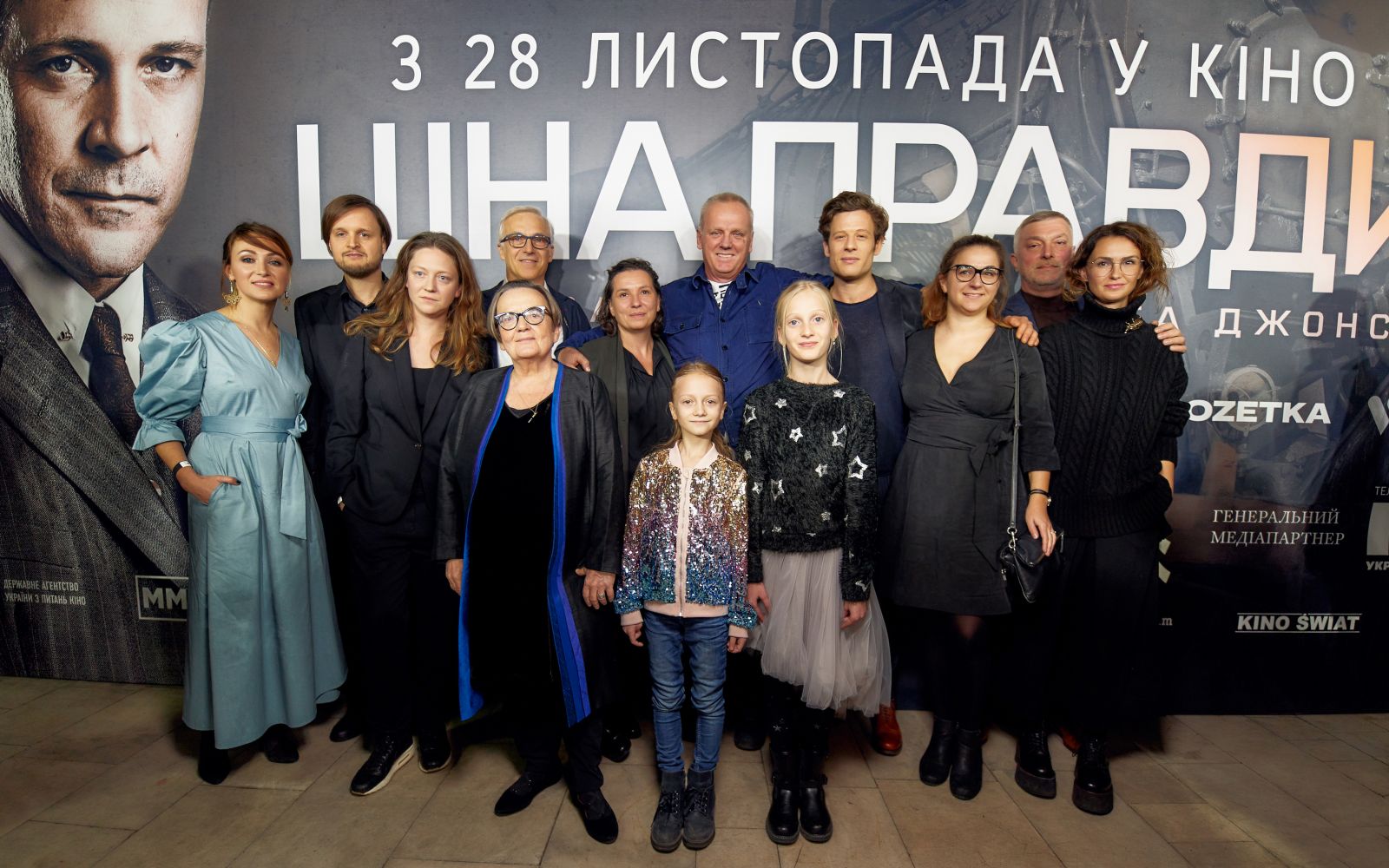 "It is a great honor for me to be here now. It was really important for our team to cover such a serious topic. We hope that the message we have tried to get across the film will be appreciated with the same attention and warmth in Ukraine as it was appreciated all around the world. We were delighted to work with the Ukrainian colleagues on this film and we highly rate their work,"  commented Agnieszka Holland. 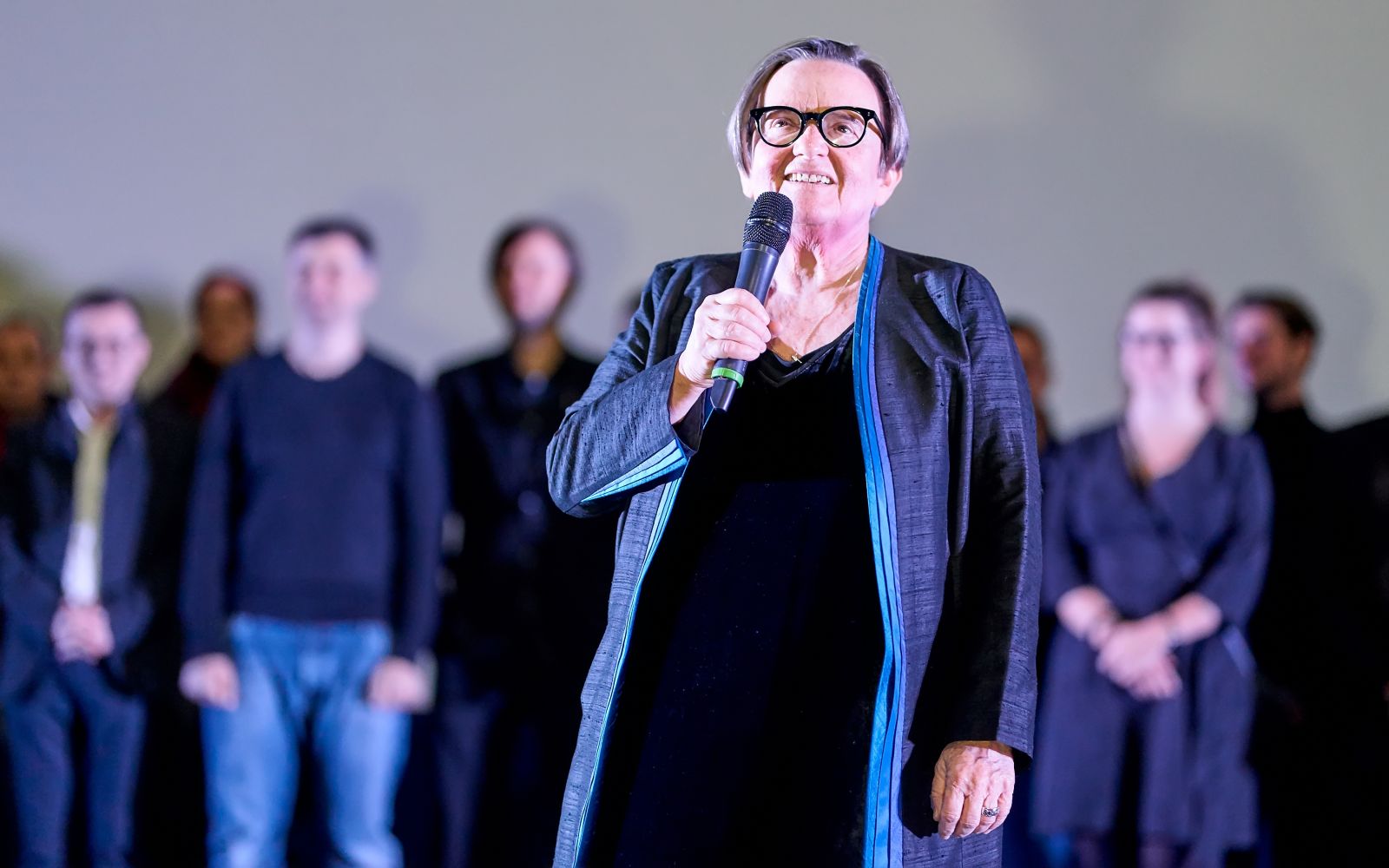 "I am extremely grateful to Ukraine for such a warm reception. I really hope we managed to tell this story with dignity. You know, every movie has its challenges. Honestly, it was a big challenge for me to come to Ukraine in such a harsh time of year. Snow and weather you will see on the screen are absolutely real. And, of course, Agnieszka and the Ukrainian actors helped me a lot, encouraging me all the time," admitted James Norton. 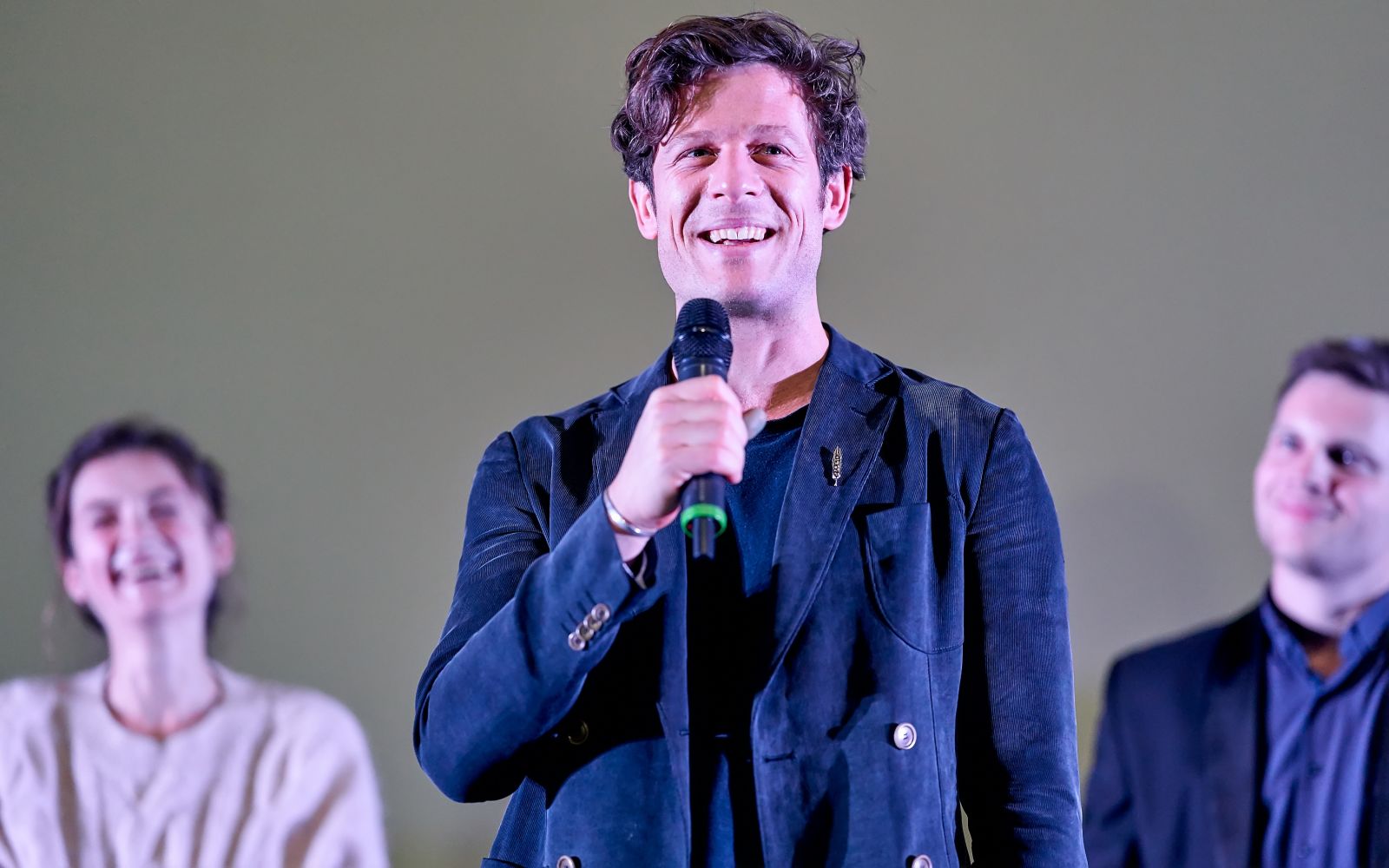 "We thank so much everyone who has come to the premiere today. I want to say that every movie is a new, incredible experience. And this film is a such experience multiplied by 10. Because it is a big international team, incredible professional actors, a wide geography of filming - Ukraine, Poland and Scotland, along with a fantastic director. Thank you for such an opportunity," Egor Olesov said. 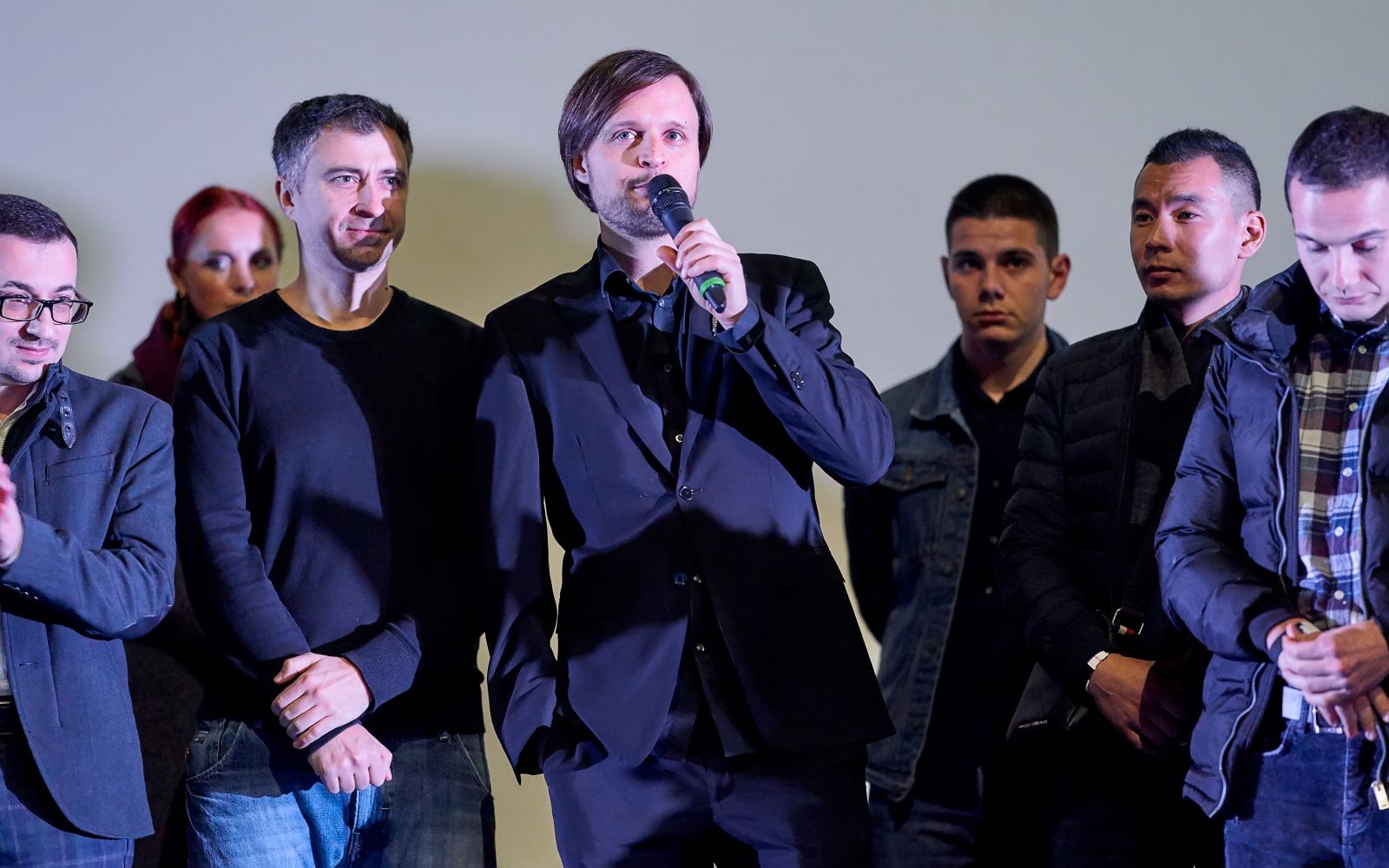 Many guests could be seen in the exhibit area dedicated to Gareth Jones' figure, which is based on Gareth Jone.Diary interactive exhibition, that took place last year in November at Lavra, Kyiv city art gallery. 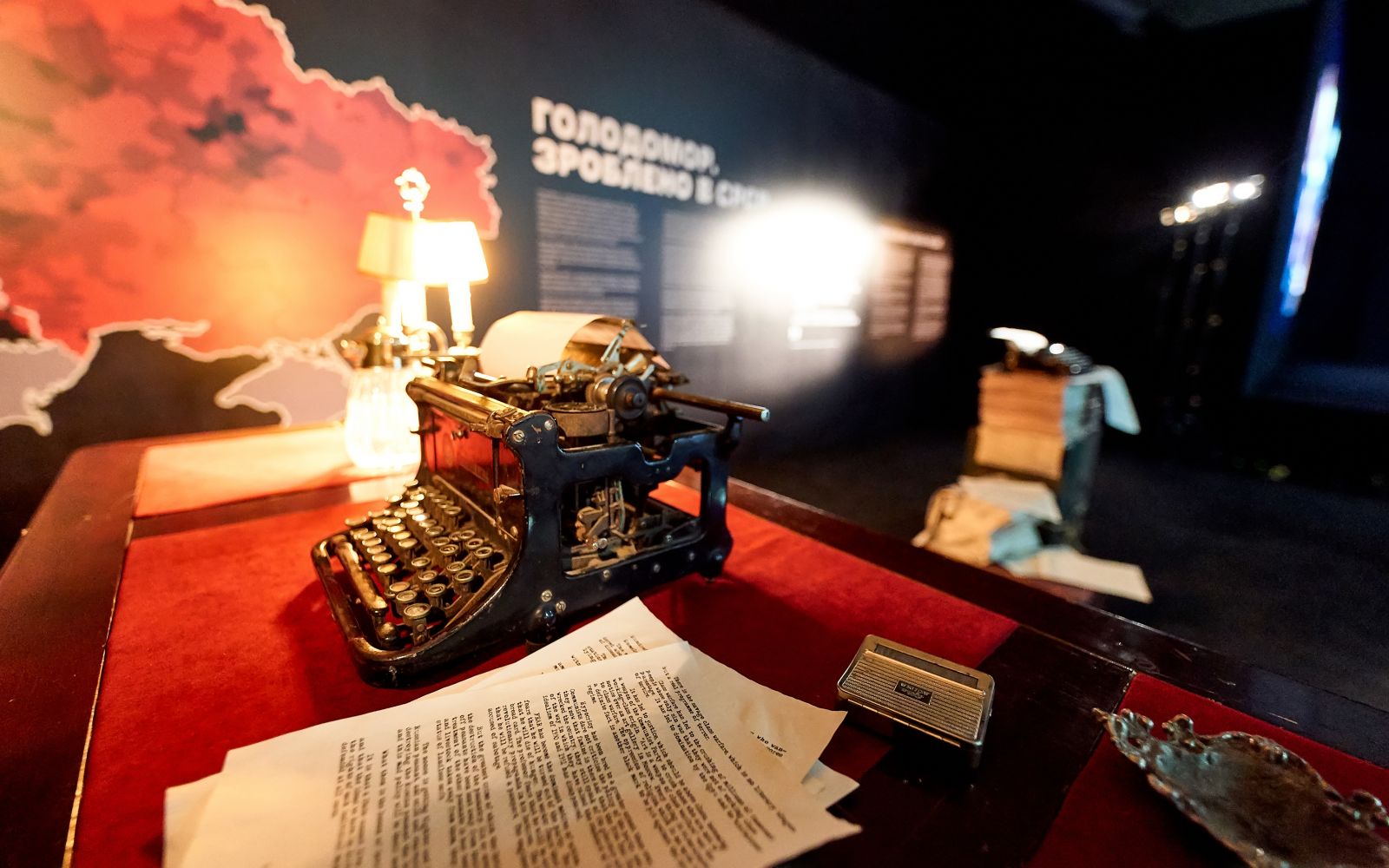 The official part continued, Agnieszka Holland, Egor Olesov, Stanislaw Dziedzic, Klaudia Smieja and James Norton took the stage. They have received a souvenir –  Gareth Jones. Price of the Truth book by Zhnets publishing house that consists of selected articles and a chronicle of the life and memory of Gareth Jones. The book was presented by its compilers, professors of Publishing and Editing Department of Institute of Journalism, Taras Shevchenko National University of Kyiv Yaroslava Prykhoda and Maryna Zhenchenko.

The culmination of the evening was the awarding of Agnieszka Holland with the Order of Princess Olha 3rd Class "for making a significant contribution to the honoring memory of the victims of the genocide of the Ukrainian nation — the Holodomor of 1932-1933 in Ukraine, devoted activity oriented to illuminate the truth about the Holodomor." The decree to commend the Polish director's achievements was given personally by President of Ukraine Volodymyr Zelensky. The awarding ceremony was held by the First Deputy Minister of Culture, Youth and Sport Anatoliy Maksymchuk.

After the awards ceremony, the highly anticipated film screening was waiting for guests.

The final credits were met with a storm of applause from the audience. The members of the camera crew took to the stage to express their gratitude to the audience and everyone involved in the film shooting.

The audience highly rated the film and shared their impressions after the screening:

"The film is very well performed, and I thank Ms. Agnieszka Holland for having tackled such a complex and very important problem for Ukraine," said Svyatoslav Vakarchuk, singer and politician.

"It would be glorious to make this movie watched by as many Ukrainians as possible. Unfortunately, there was the Holodomor Memorial Day recently, and I hardly saw candles in the windows. And such films should contribute to the awakening of national consciousness,"  commented Irma Vitovska, actress.

"I am glad that such a movie was released. Because the best thing in it is the fact it puts our personal pain in a global context. It tells the whole world about our important national history," mentioned Yaroslav Lodygin, general producer UA: Suspilne.

"It's cool that such films appear. And what is more important, these films are of high quality. You do want to watch them, everything looks very professional. I saw people crying during the filmshow. And in my opinion, it is the highest mark for such a movie," Yuriy Marchenko, journalist.

Starting tomorrow, Mr. Jones historical thriller will be available in all the cinemas of the country.

It is also worth noting that the New British Film Festival starts out in Kyiv on November, 28 and will be opened with Mr. Jones film. Agnieszka Holland will personally present the film, it will be shown in the original language (English) with the Ukrainian subtitles. Simultaneously, a movie screening with audio description for blind viewers will take place in the other room. Mr. Jones is the first film in the Ukrainian cinema history that becomes accessible to the blind and deaf viewers in all cinemas of the country. With the help of mobile applications Earcatch and Subcatch, people with hearing or visual disorders can receive audio description or adapted subtitles on their smartphones during any filmshow in all cinemas.

And on November 25, the all-Ukrainian premiere took place - Lviv became the first Ukrainian city to see Mr. Jones movie. The release was made with the participation of the project team, Chief Marketing Officer at FILM.UA Group Polina Tolmacheva and movie co-producer Egor Olesov, they presented it to Lviv residents. On November 26, the premiere took place in Ternopil, where the film was presented by co-producer of the Ukrainian block Sergey Demidov.

A video for the song The Price of Truth