Noncommercial KBP Runway Run took place to celebrate the start of the flying season and the opening of Terminal F. Specially for the event, the second runway was transformed into a running track. The team of Pulse sports drama feature was invited to open this official happening.

“This is a story about a girl who heroically fights all terrible circum stances on the way to her dream. She dreams to go to the Olympiad, and there is only one way towards it, which is running. When I started working on the film I began running myself to better understand the story and the protagonist. Gradually this sport occupied an important place in my life. And I believe that running is very good. Because it means health, and health is the most important thing that we have. So eat avocados and run!”, says Serhiy Chebotarenko, Pulse director. 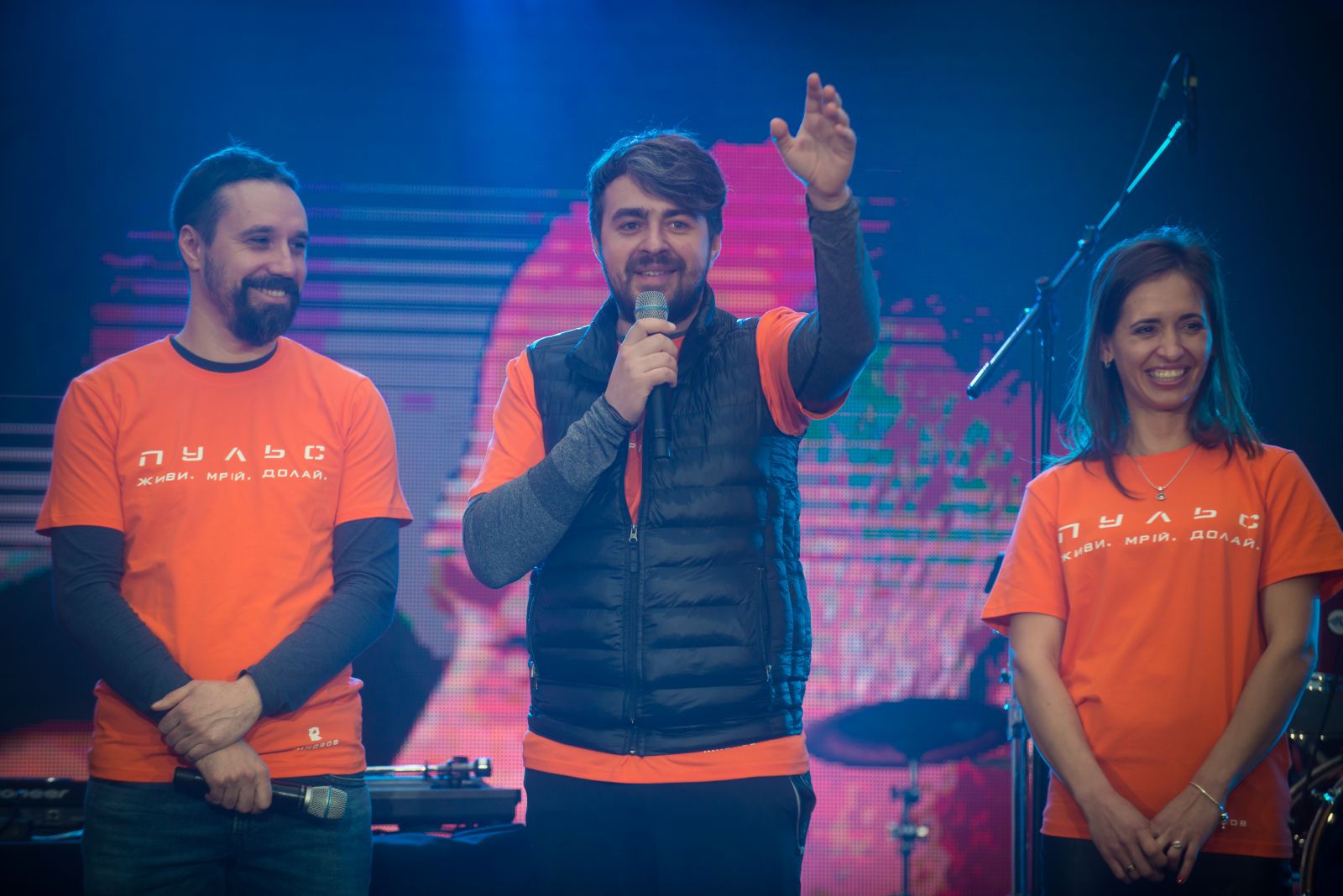 What the film is about: This is a story of a young Ukrainian track-and-field athlete who lives in a small town and has a big dream – to make it to the Olympiad. Her sports career is only starting but after a terrible car accident the girl suffers grave injuries and almost loses her eyesight. It seems now that Oksana has lost her chances not only for the coveted Olympic Games but also for normal life. However, the girl is not planning to give up and aims to prove that there are no obstacles on the way to a real dream.

Before the start of the run, event hosts SnizhanaYehorova and SerhiyKomarovsky invited the film crew to the main stage. Director Serhiy Chebotarenko, lead actress Natalia Babenko, producer Egor Olesov, screenwriter Yaroslav Voytseshek, actress Lilia Rebryk, cameraman Yuriy Korol and Paralympic champion Oksana Boturchuk told about their work on the film and showed the project’s video backstage for the first time. Oksana also addressed the runners with a welcoming speech and wished everyone success:

“Firstofall, I wish every one to day a good start. Secondly, I wish you to always believe in yourselves and to keep moving towards your goal. And the main thing I wish you is health and victories. Not only here in marathons but in your lives as well – let us always be winners.” The audience met Oksana’s words with loud applause, and afterwards the hosts announced the start of the first run. 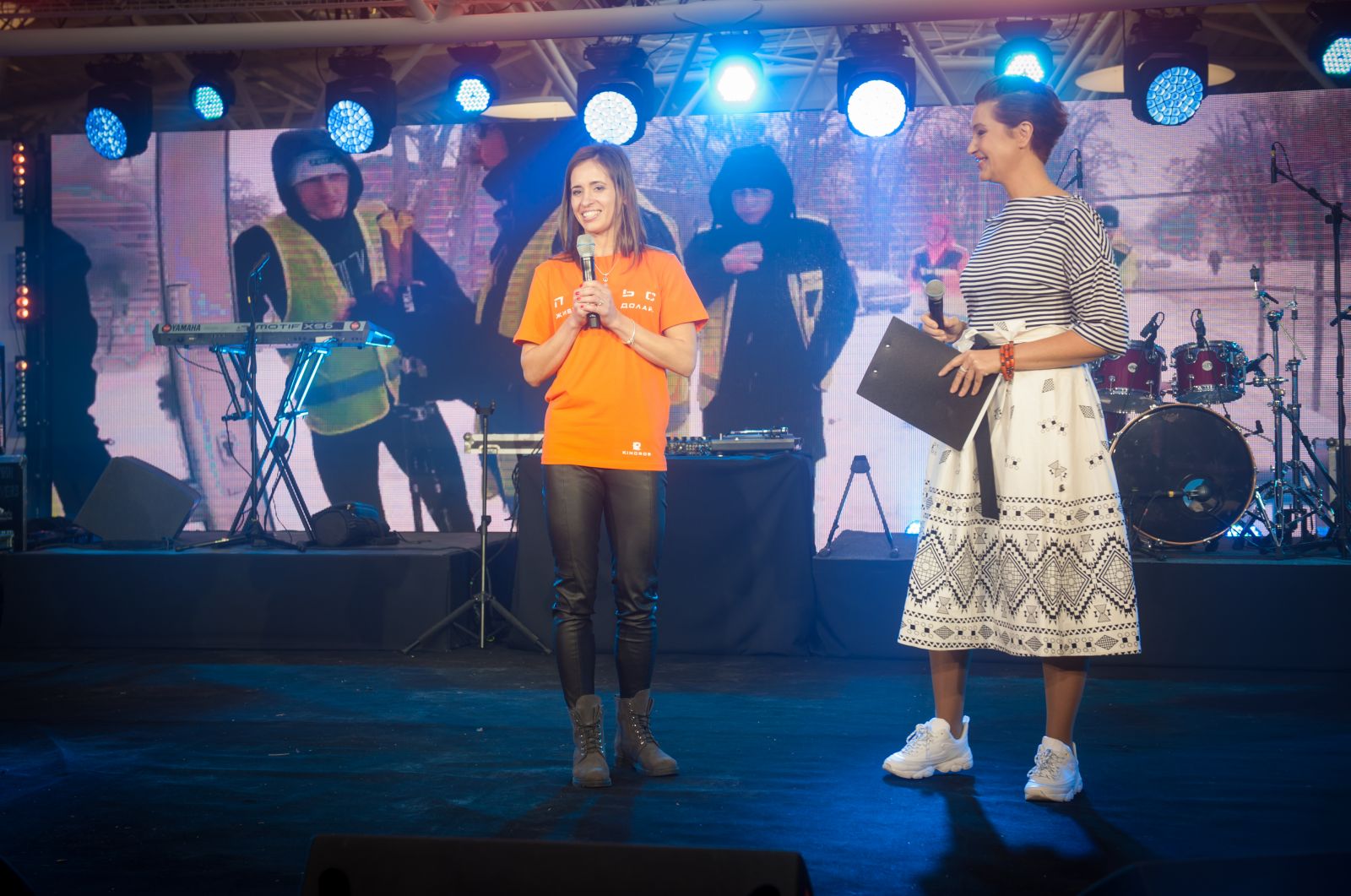 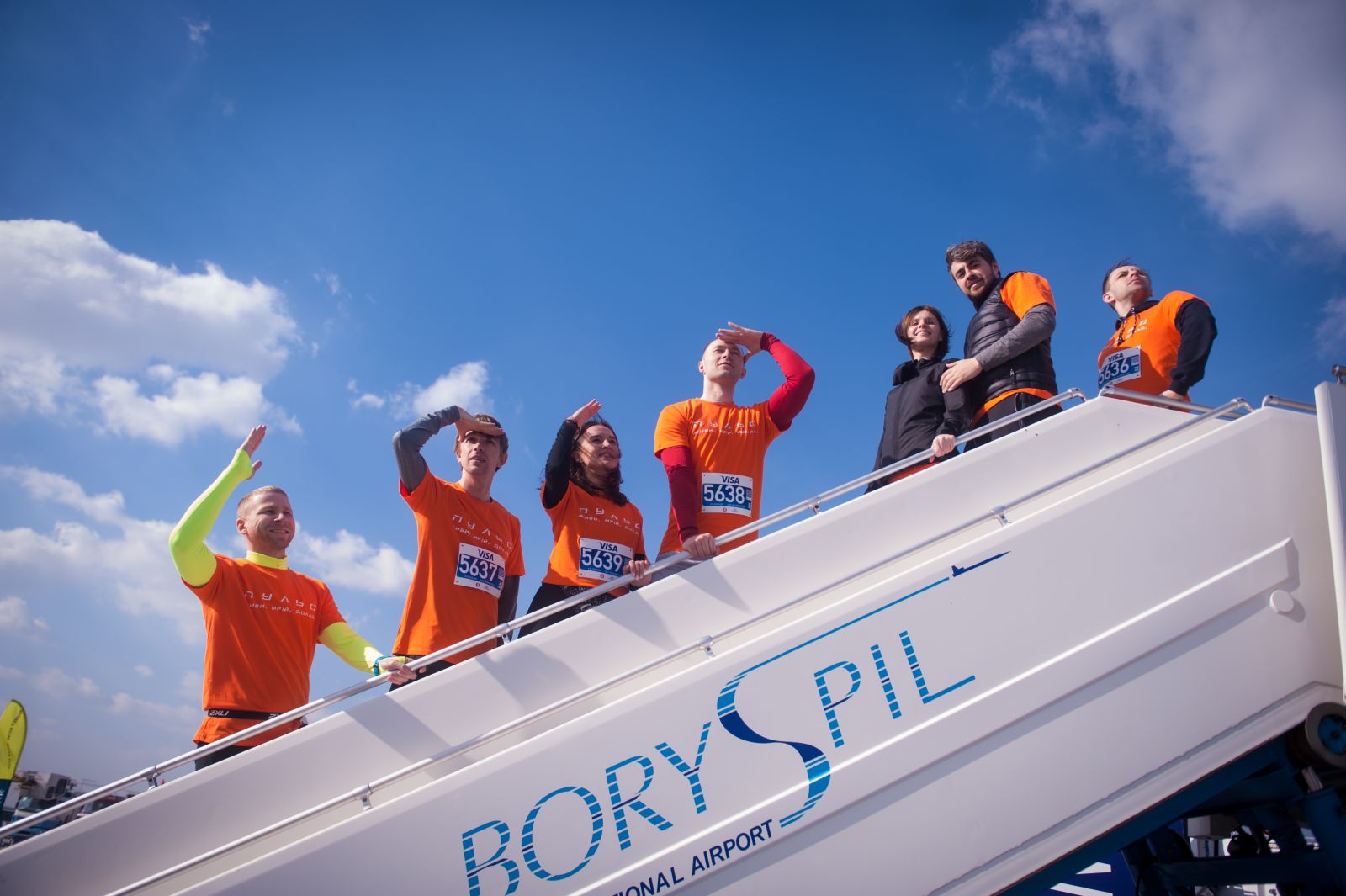 “Sometimes life offers us stories much more powerful than fictional ones. And this is exactly what Oksana Boturchuk’s story is like,” says Egor Olesov, Pulse producer. “Serhiy Chebotarenko and I discussed several different projects, and I proposed him to look at the topic of Ukrainian Paralympic athletes because there are lots of strong dramatic stories there. And when Serhiy showed Oksana’s story to me I understood that it must be screened. Besides, I had been running for several years at that time, and the topic was close to me personally and to future potential audiences. This story is really incredible. It can inspire thousands of people to follow their dreams, to believe and win in spite of everything.”

According to the organizers, KBP Runway Run is the biggest run in Ukraine organized on a functional runway. Such impressive event had to demonstrate that Boryspil airport is not just a necessary conditions for travels abroad but also a unique platform for social and cultural activities here in Ukraine. 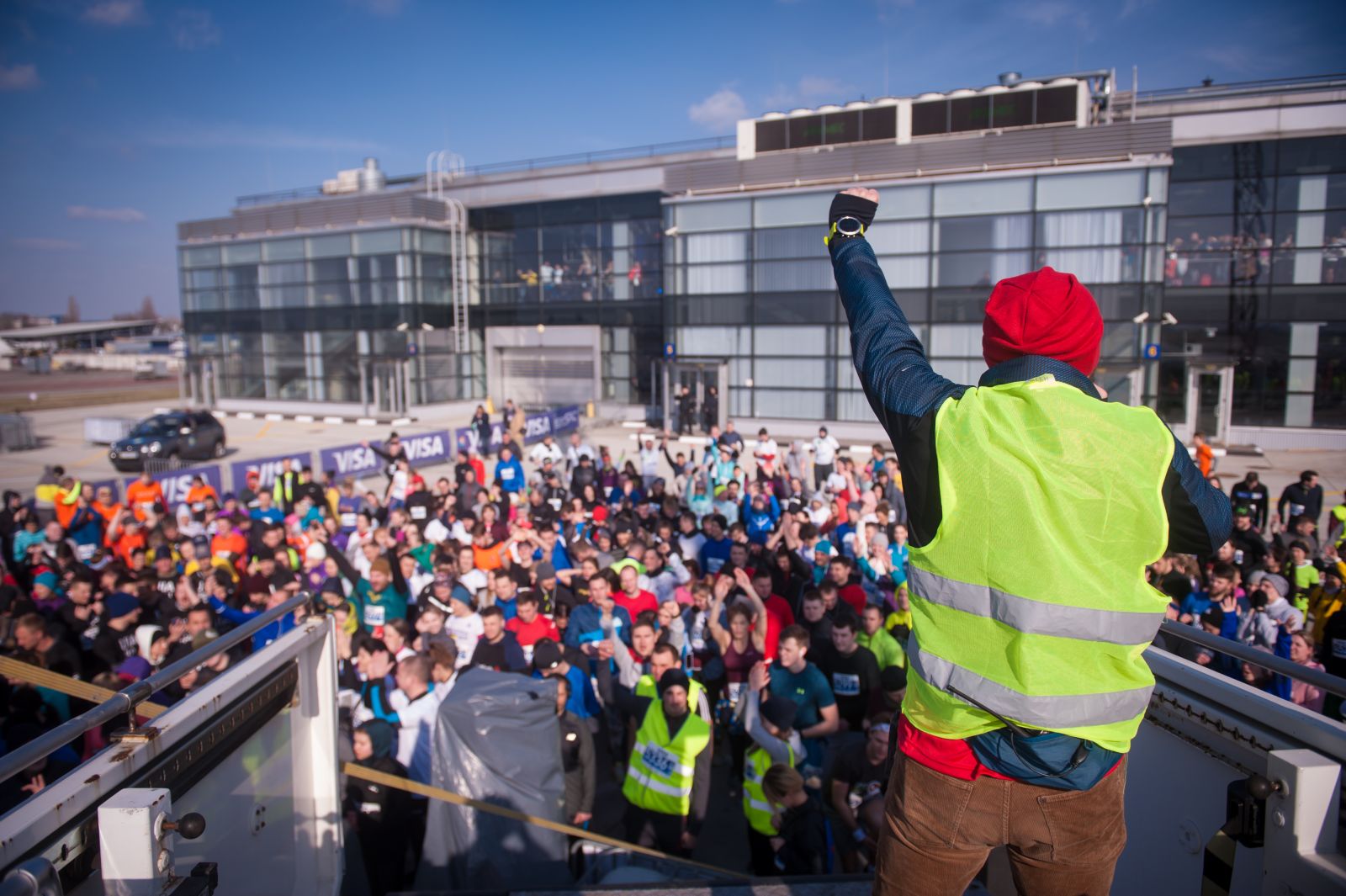 “We want flights from Boryspil to be associated with pleasant surprises and festive mood,” said Pavlo Ryabikin, CEO at Boryspil airport.

The participation of Pulse team in the opening of KBP Runway Run and their running launched the first public campaign to support the release of Pulse sports drama. The premiere will take place in early 2020, and until now the team prepares a range of pre-premiere activities and tons of fascinating content for future viewers. 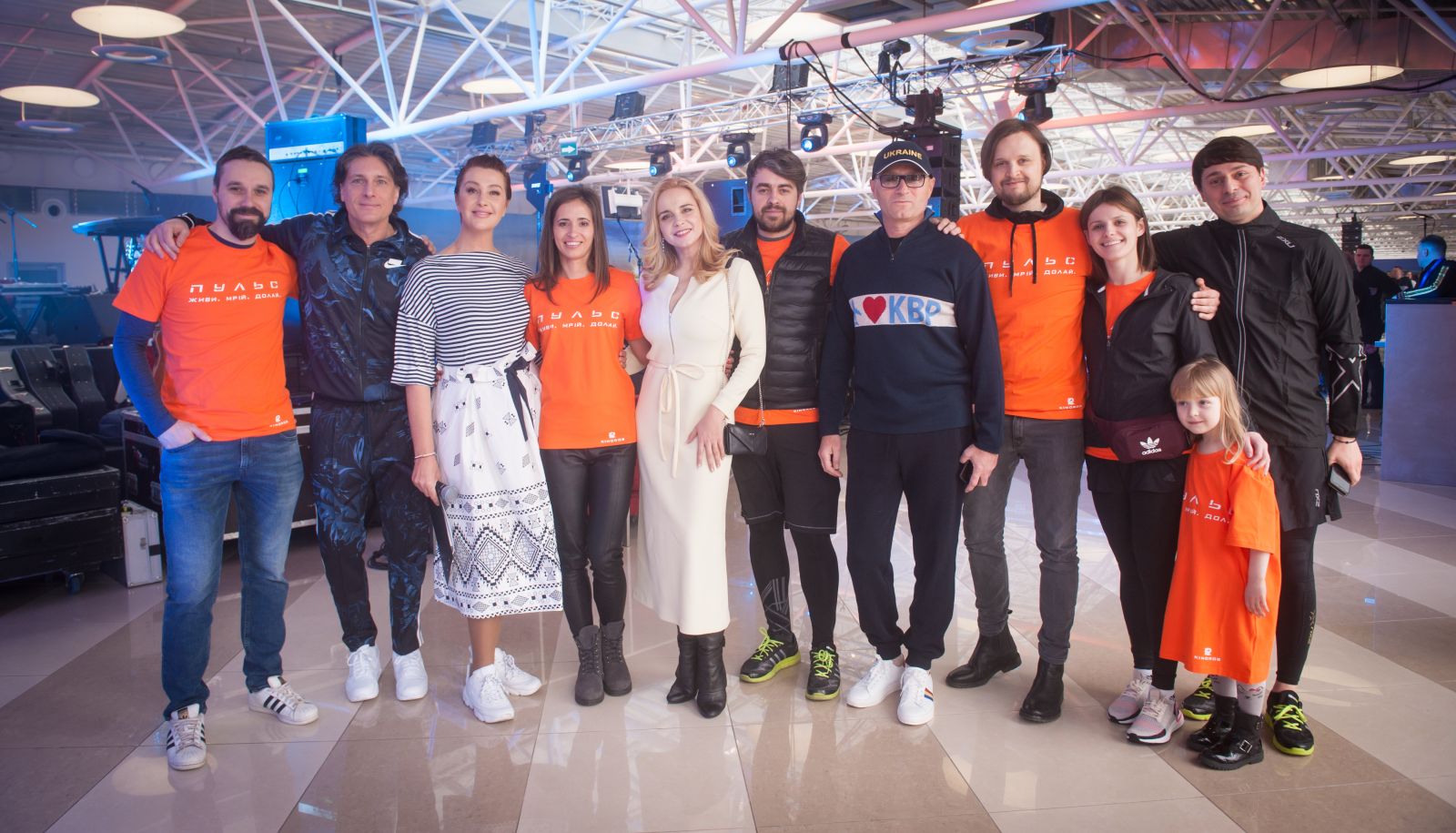 Synopsis: Due to a terrible car accident a young Ukrainian track-and-field athlete Oksana suffers numerous grave injuries and almost loses her eyesight. But after lengthy rehabilitation and return to workouts she wins a gold medal at Paralympic Games in Beijing.