Before the screening, an official press conference took place, featuring director Agnieszka Holland, screenwriter Andrea Serdaru-Babul, and actors James Norton and Peter Sarsgaard. You can watch the video recording by following this link. 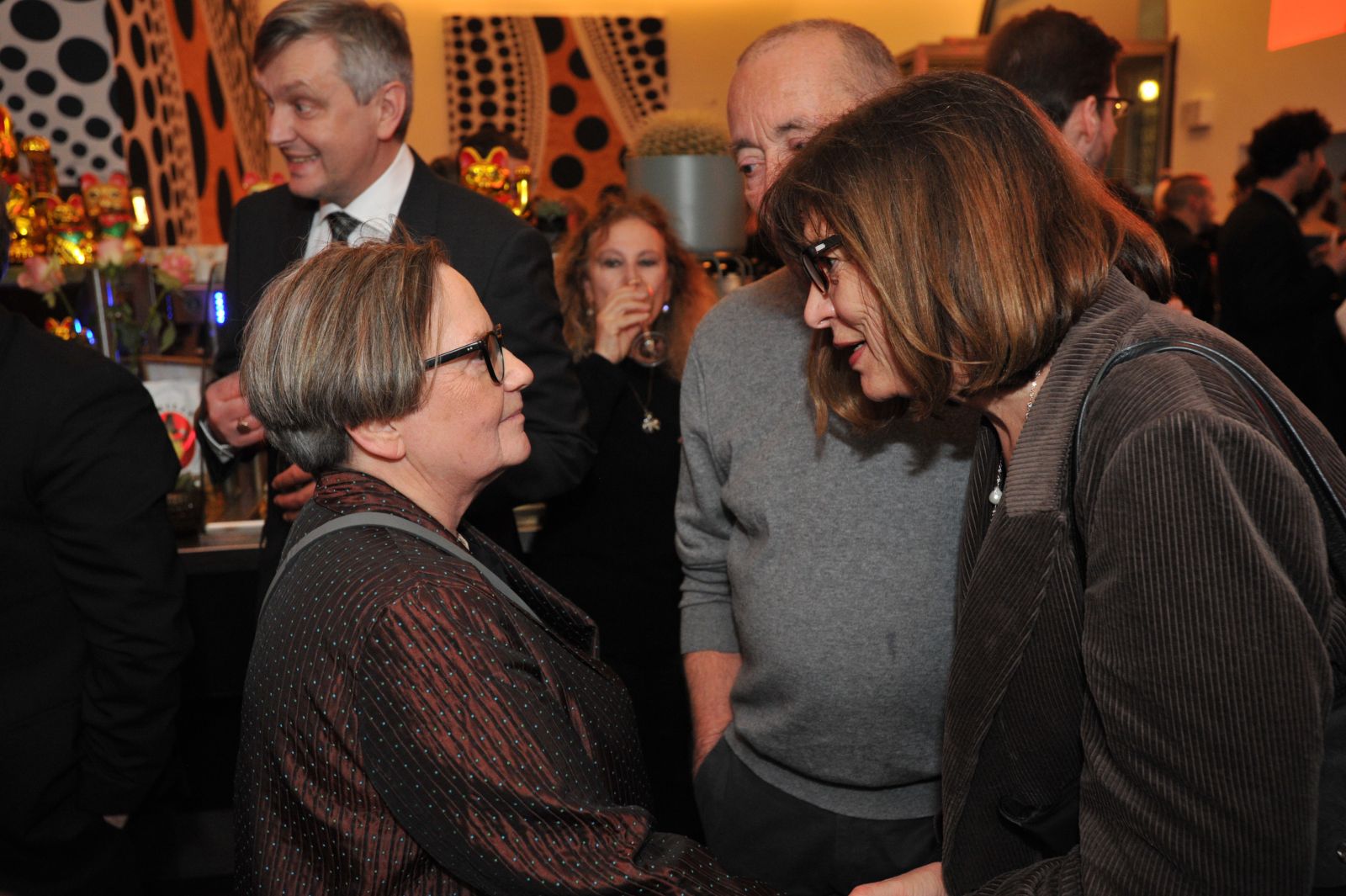 “Each of us put a lot of effort and energy working on this film. This is our first public presentation and we are very excited. Until I saw Andrea Chalupa’s script, I knew nothing about Gareth Jones but his story captivated me and I understood I have to tell it. Firstly, Stalin’s Holodomor is not that well-known in the world but this is one of the biggest crimes against humanity of the 20th century, and the victims of this crime are still calling for justice. Secondly, Gareth Jones is a young educated journalist, a bit naïve but very courageous. He is an outstanding, brilliant personality. This story raises very important issues: the significance of media for us, the value of the freedom of the press and the reasons for the ease with which propaganda spreads all over the world. Unfortunately, the problems of corrupted media become more relevant for us by the day. However, we know that democracy cannot exist without freedom of expression for the journalists,” said Agnieszka Holland, film director. 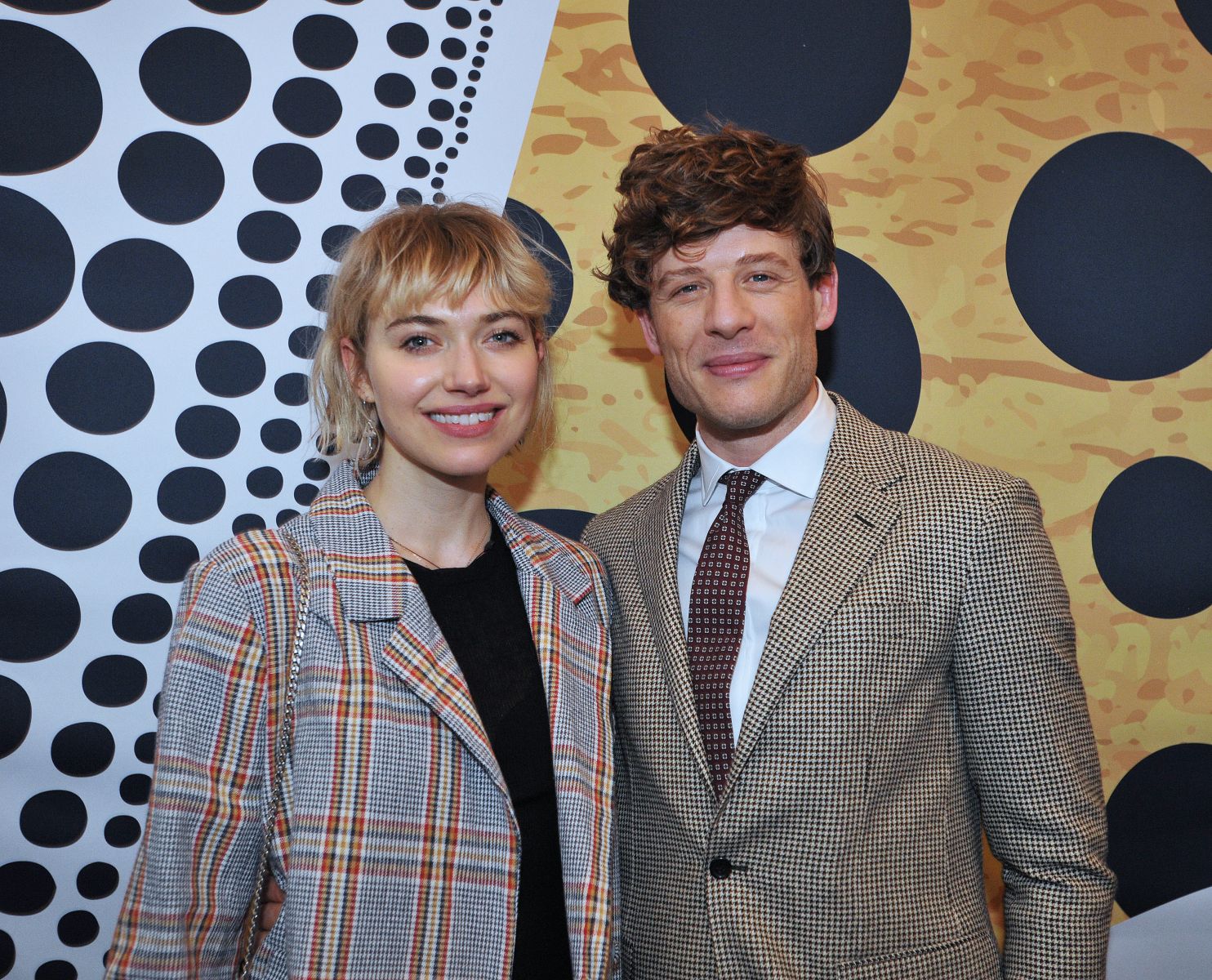 James Norton who played the lead role of Gareth Jones the journalist was very much inspired by the story of his character: “If this film encourages at least one young future journalist to come and find out the truth, it would be incredible.”

In the evening, the representatives of the film crew from three countries – Ukraine, Poland and the UK – walked the red carpet. The premiere was also visited by Ukrainian Vice Prime Minister Pavlo Rozenko, head of Ukrainian State Film Agency Pylyp Illenko, and Minister of culture Yevhen Nyschuk. 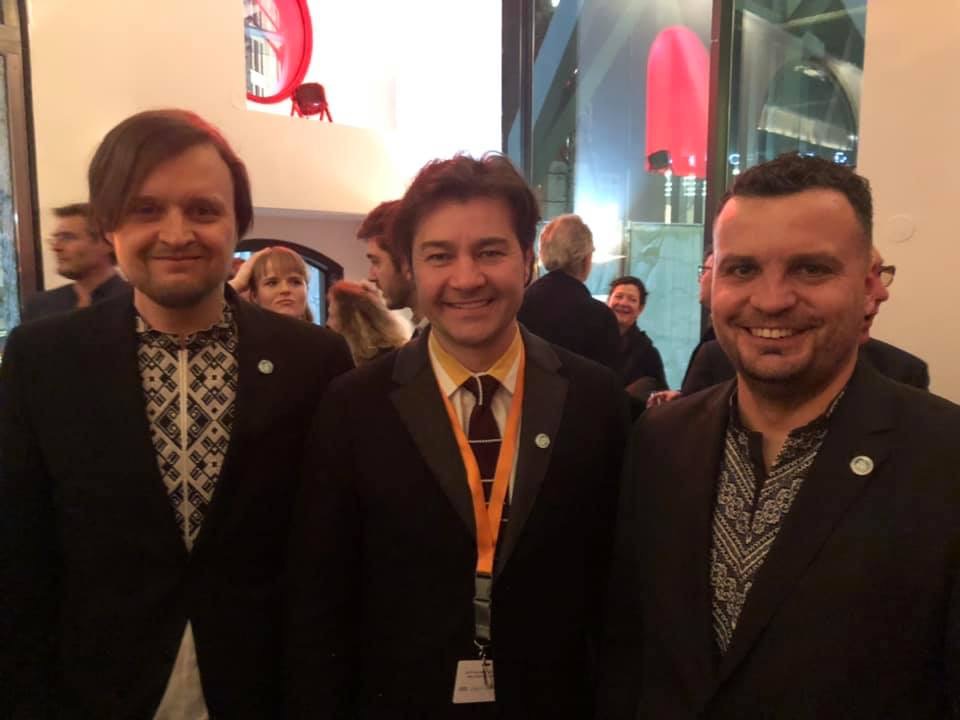 After the screening, the film crew and Ukrainian cinematographers didn’t just greet the audience but also expressed their support for director Oleg Sentsov.

Head of Ukrainian State Film Agency Pylyp Illenko thanked the director for her great work and important cooperation and said, “This is a story about Holodomor but also about the West’s attitude towards Ukraine and CEE countries in general, which are still very much a bargaining chip in the relationship of the West with the Russian empire. The parallels with the current situation are so powerful that when after the screening the director spoke from the stage supporting Oleg Sentsov and other Ukrainian political prisoners in Russia it seemed a sequel to the film’s plot. I am proud of having facilitated the creation of this film.” 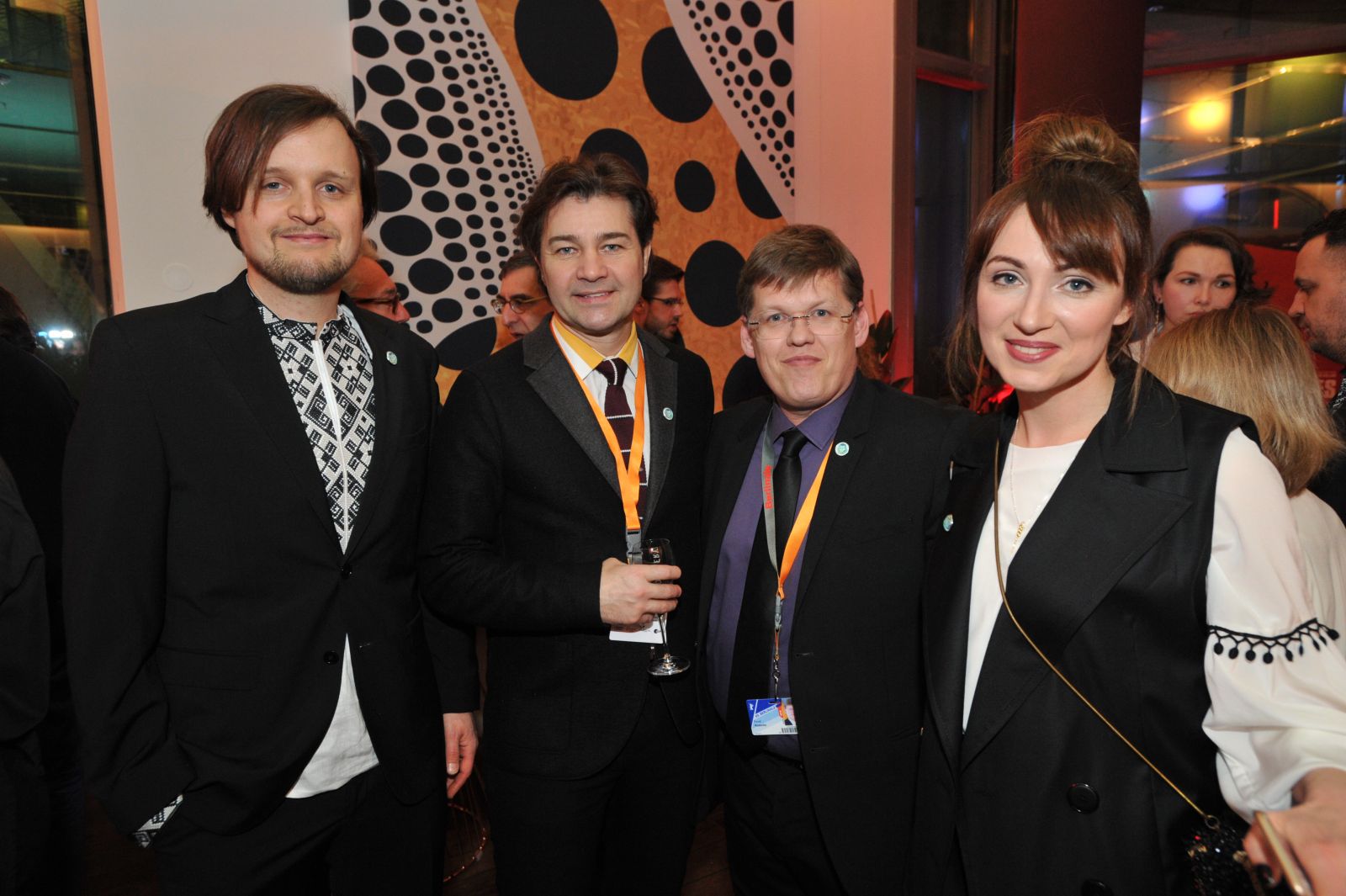 Egor Olesov, film co-producer, also shared his impressions from the premiere saying, “The premiere was very emotional. Some viewers cried after the screening, some remained silent but nobody was indifferent. This is a powerful film, important not just for Ukraine but the whole world because we can see many parallels with our times. This is a story about real journalism and the truth worth going all the way for.”

The day before, on February 9, a traditional Ukrainian party took place in Chagall – a Ukrainian restaurant which gathered journalists from Polish and German publications along with WestEnd Films distribution company representative; this is the company selling rights to MrJones in the world. 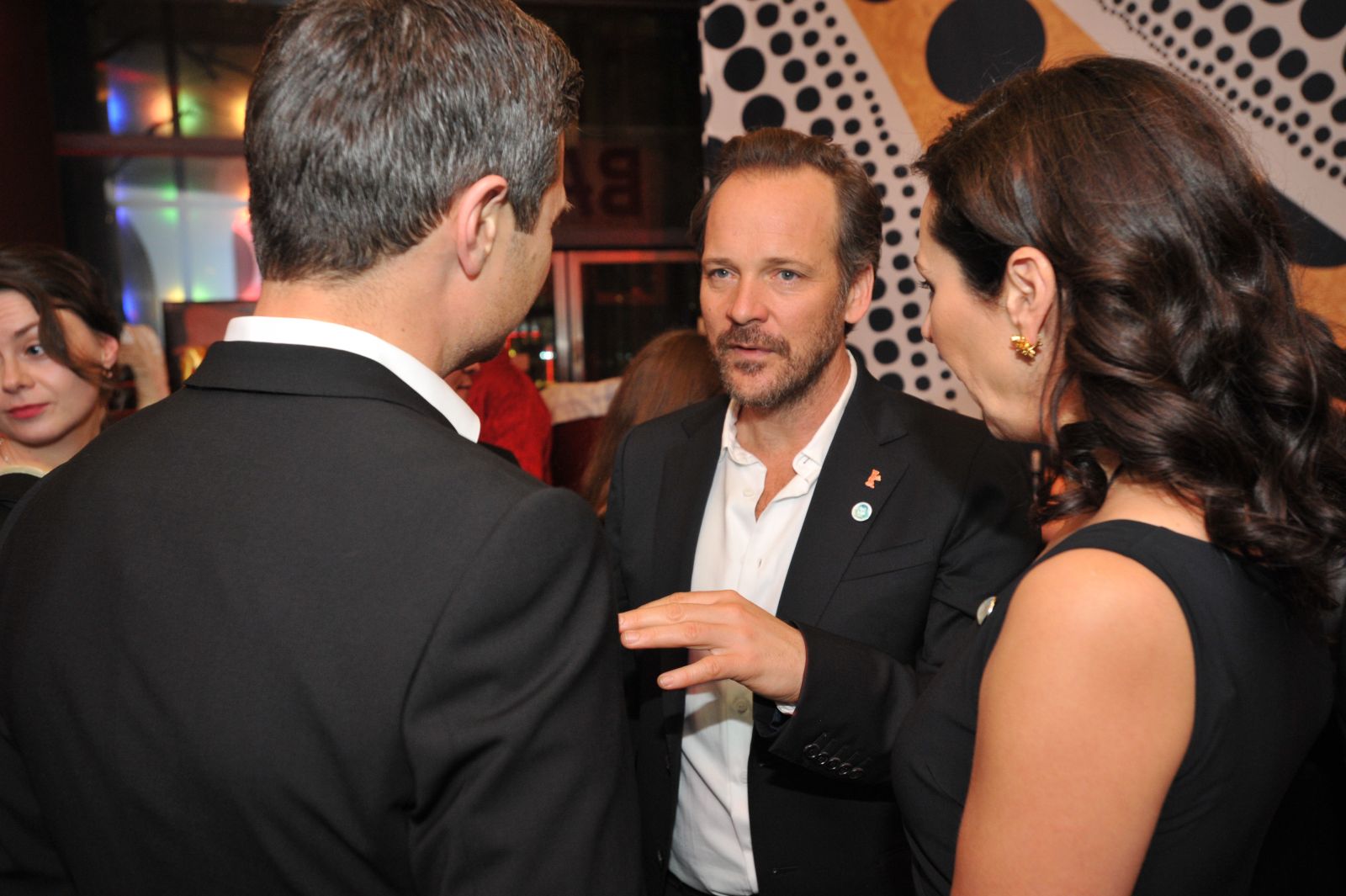 Mr Jones historical thriller is the only Ukrianian film featured in Berlinale 2019 program. The award ceremony is scheduled for February 16.

Wide global and Ukrainian release is planned for autumn 2019.